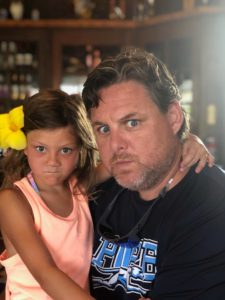 Ryan C. Meade, Esq. is a Managing Partner at Quintairos, Prieto, Wood & Boyer, P.A., and the Director of Operations for Southern Express Lacrosse.

Ryan has long had a heart for developing lacrosse players in non-traditional lacrosse communities.  25 years ago, that vision was realized through the Academy Lacrosse Camps, a program designed to grow the sport of lacrosse in underserved locations. Academy Lacrosse implemented a proprietary training curriculum developed at the U.S. Naval Academy, across the United States.

Southern Express Lacrosse is the next evolution of that vision, a year round community based program focused on creating lifelong lacrosse participants rather than “scholarship athletes.”

Ryan is a 2004 graduate of Tulane University Law School. Prior to attending Tulane, Ryan received his undergraduate degree from Auburn University where he was a three (3) time All-American lacrosse player for the Tigers.  Ryan was recently named to the Southeastern Lacrosse Conference’s 25th Anniversary Team and was inducted into the Southeastern Lacrosse Conference Hall of Fame in 2014.

Ryan and his wife, Nicole, have two sons and a daughter: Rhys, Fin, and Jameson Grace.