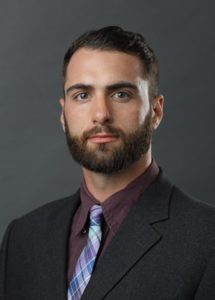 After graduating from SUNY Delhi, Coach Manna played semi-pro for the Allegany Arrows of the CAN-AM Lacrosse League.

He began his coaching career in 2016, returning to SUNY Delhi to serve as a graduate assistant. Coach Manna previously served as head coach of the East Carolina Men’s Lacrosse team where he coached Honorable Mention All-America, and SELC Specialty Player of the Year, Garrett Hess, who recorded 174 draws in 217 attempts (80 percent).

In 2019, Manna was named to the coaching staff at Furman University, where his primary duties including the faceoff unit and substitution box for the Paladins.  Coach Manna has also spent time internationally working with the Israel, Colombia and Bulgarian national programs.

Most recently he spent time as an assistant at the University of Detroit Mercy with men's lacrosse and gaining his first experience in women's lacrosse. Manna oversaw the No. 11 face-off unit in the country for the men's side, while being the lead assistant for recruiting and goalies for the women. He also spent time assisting the offense for the Titan women and helped set a new conference record for points scored in a single game with 24 against Youngstown State in 2020.