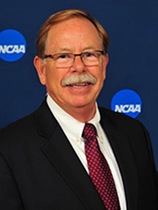 J.E. Bert Severns is the head lacrosse coach at Emmanuel College in Franklin Springs, GA. Coach Severns joins the Emmanuel staff after a brief stop at Davis & Elkins College and spending four seasons at Division III Centre College, where he built the program from the ground up.  Coach Severns guided the Colonels to back-to-back NCAA Tournament appearances in 2013 and 2014.

Coach Severns was named the 2012 SCAC Coach of the Year, while attacker Zack Connors earned SCAC Offensive Player of the Year honors. In Centre's second year of play, Severns led the program to a 12-4 overall record, a 7-2 mark, a second place finish in the Southern Collegiate Athletic Conference, and an 8-0 home record.
In 2013, Severns led the Colonels to their first NCAA Tournament in just their third year as a program. Centre finished the year with an 11-4 overall record and tied for the Southern Athletic Association regular season championship. Along with the return trip to the NCAA’s in the 2014 season, the Colonels also won the SAA Tournament. Along the way, Centre set a new school record for wins in a season with 13 and established a school record winning streak with 11 straight victories.
Coach Severns has also had the honor to be named to the Board of Directors of the Intercollegiate Men's Lacrosse Coaches Association, the governing body for the college coaches of men's lacrosse in the U.S., and was a member of the USILA Division III Coaches Poll Committee--which ranks the top 20 Division III teams.

Coach Severns was an assistant coach for both soccer and lacrosse teams at the United States Naval Academy from 1976 to 1980, helping the Midshipmen to a national semifinal appearance in lacrosse and an ECAC championship in soccer. While at Annapolis, he was responsible for recruiting for both sports and helped coach 15 lacrosse All-Americans. From 1980 to 1984 he was the head coach of soccer and lacrosse at Alfred University. He directed the Saxon soccer team to an ECAC title while coaching two more All-Americans. In 1984 he left Alfred for West Point, becoming the assistant athletic director for facilities and the assistant lacrosse coach. During his time at the United States Military Academy, he helped the lacrosse team to a national semifinal appearance.
Coach Severns was also an All-American player at Cortland State, where he did his undergraduate studies.